The Reckoning Teamspeak server will be discontinued on 08/01/2022. At this point in time, its a relic of the past and is never used. We encourage all Reckoning players to join our discord at: https://discord.com/invite/JS39Qy5s


SWG: An editorial by EQSanctum 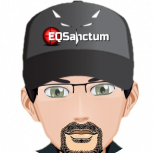 The End of an ERA

Preface: Aso did not know I was writing this article. If it sees the light of day, that means he will be honoring my wish to keep it up. He is a very private, nice, and conservative guy. He will not boast of anything he's accomplished. He will always try to do the right, good, thing. He might actually kick me off the team for this. I don't care. It's been an honor to be a part of this server helping him, and I hope I get to do it longer, but these things need to be said about someone I consider, my, very good, friend.

SWGEmu's core3 server architecture will be declared version 1.0 Beta soon. This is a triumph like no other.

I'm not sure some players in our community realize it. Publish 11 is the culmination. It will be the end of Basilisk. It will shutdown and a new server arise in it's place. SWGEmu's core3 server architecture will be declared version 1.0 Beta soon. This is a triumph like no other.


I've been on this project overall, as a contributor, in some form or fashion, since July 2004.....18 years. No corporate funding, No bs. People contributing. We as a community, are staring at a 1.0. A privately coded project with hundreds of thousands of man hours, and lines of code contributed in whole. TheAnswer, ran with it. They have a great team over there. The showed that regardless of what was going on, they would stick to it, and finish the project. No concerns for the outcries of players. Why? That was not the project goal. The project goal, put down in words, in your face, stated simply, we don't care about you (now), we can care about you when 1.0 is finished. They stuck to that, despite criticism, despite, trolls, despite people hating it. They used Basilisk exactly what it was for. A test, stress, and pressure bed for bugs and fixes. It was the epitome of what a developer has to do sometimes. Stand firm, block it out, and head down get the work done. I commend them for that. They were sometimes brash, sometimes rude, but always steadfast. We are part of a private server community using that, "almost" 1.0 code. We, here have been Reckoning alpha testers. You didn't realize that did you?

Which brings me to @Aso.

He clearly believes in constructing something that is the best product.

Aso, whether or not you know this, goes very much above and beyond when it comes to his server. He is a relentless advocate of code beautification. Aso wants what is entirely best for the future of the server as a whole, even if this turns some players off. Aso, Is an advocate of pvp, even the smack talk that comes with it. With that, also believes in a safe moderated general chat space for your kids, if you want them to play here. Aso, believes in quality of life improvements, and has relentlessly stood up for the base belief of pre-cu 14.1. He clearly believes in constructing something that is the best product. His priorities have, to me, been clear, concise, and he's been a man of his word to the community as a whole for ALL of SWG. Your play time, has been the top priority here at Reckoning under his lead.

Aso, has gone beyond what has ever been expected and protected those things for over 7 years now.


The most valuable commodity, in any MMORPG, is the reliability of the service, and your belief, your character(s) will be there, and your time was  not wasted. Aso, has gone beyond what has ever been expected and protected those things for over 7 years now. Your characters, have been safe guarded. No other server, aside from Basilisk can boast this, for this amount of time. Aso, has helped others, unnamed, with this same zeal and dedication. This is because, SWG is a community, not just a game. We are all members of it, not just Reckoning. He knows this, like I know this, and it has shown. People have come and go, but I can say with confidence, if you play on any SWG server, Aso has had something to do with its successful launch, run and updates. This is my opinion, of course.

I want it to be run like a game company that cares.


Aso deeply cares about how we present ourselves as CSRs, Staff, Community Managers, players, and community members. The one thing that stands out in my mind always is "Remember EQ, I want it to be run like a game company that cares. Hands off, common sense approach, professionalism, always." He doesn't say much to be honest. We can go months and never say anything to each other. We will intervene when needed help folks out, but it truly is like a business in the background. We are colleagues, and we do our work. This has always been his approach to this labor of love. Yes, it is a labor of love. Aso and I both, believe the server is a labor of love, and a place to share and enjoy the fruits of our labor. We both invite our friends here, we both play with our friends here, and we both care about how you enjoy your play time here. I can count on my hands, the amount of times I have actually spoken to Aso in voice chat. Despite this, I have had his phone number at my disposal for quite a while now. Sometimes we would text, but nothing short of quick memes with @FirewarriorSWG, maybe a couple of jokes, but nothing ever too serious.

I watched fireworks in SWG and knew they were provided by my very good friend, Aso.

No matter your opinions of the man, I have to 3 very real conclusions.

So this was my editorial today. a little bit of insight into a normal guy who looks out for your pixels. Guards them. Enhances their existence. Makes them more fun for you.

I hope you all have a good day. I hope you enjoyed your 4th of July. I did. I did because I watched fireworks in SWG and knew they were provided by my very good friend, Aso.

Reckoning will be holding its annual Independence Day celebration this coming weekend. The event will run from Saturday, July 2nd @ 6AM ET until Tuesday, July 5th @ 6AM ET.

I was just made aware of the server crash. I will be investigating the cause soon. Please bear with me.

**Update** Sorry for the wait. Busy day. The server is now back online.

Vote For Us Daily

SWG Reckoning is in no way associated with LucasArts, Daybreak Games(formally Sony Online Entertainment), or Disney. The Star Wars & Star Wars Galaxies copyrights/trademarks are the property of their respective owners.